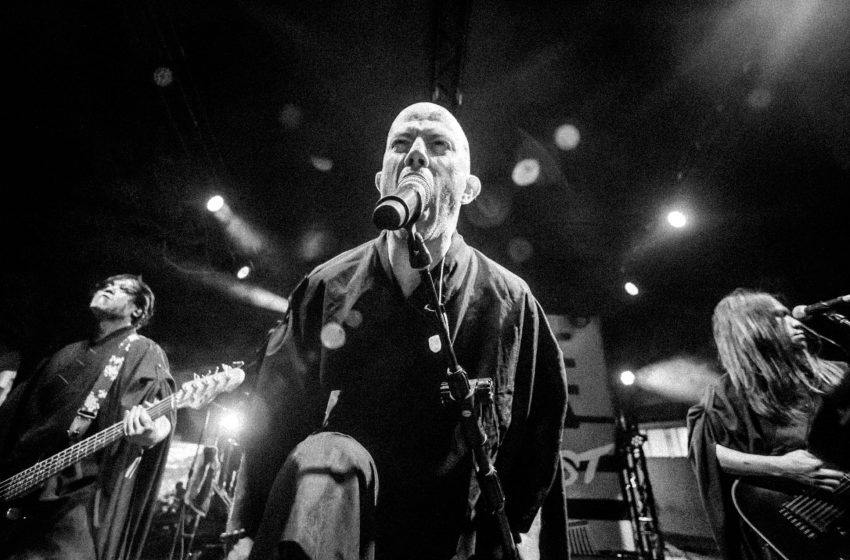 Dharma (達摩樂隊) is the brainchild of drummer Jack Tung (Stench of Lust, ex-Revilement, ex-Demise). For well over a decade, Jack, one of the forefathers of extreme metal drumming in Taiwan and the proprietor of Jack’s Studio, a well-known Taipei haven for metal and all kinds of music, dreamed of forming a band that would combine the ferocity of death metal with the teachings of the Buddhist sutras, but found it difficult to find the right partners in achieving his vision. Starting in 2018, Jack decided to collaborate with guitarist Andy Lin (ex-Bloody Tyrant, ex-Demise), a former band-mate, and together the two of them began writing songs that would incorporate various elements of death metal, black metal, and symphonic metal with Buddhist sutras and mantras, sung in the original Sanskrit as well as Mandarin Chinese. In 2019, Jack brought on board vocalist Joe Henley (Revilement, Stench of Lust, ex-Sledge City Slashers) to handle the lead vocals on the band’s twelve original songs, as well as some of the duties on the back-up choral sections.

Before Joe could fully partake, however, he had to receive the blessing of the band’s spiritual advisor, Master Song, a devout monk and teacher of Buddhist studies in Taipei. Over a matter of months in early 2019, Joe studied under Song, learning about Buddhism and the various Mahayana sutras he would be singing/screaming over, and eventually Joe took refuge in the Three Jewels, thus becoming a Buddhist himself and receiving Master Song’s blessing to perform the sutras in public.

And so the core of the band (later rounded out by rhythm guitarist Jon Chang, ex-Bloody Tyrant, and bassist Bull Tsai, also of Desecration) was formed. Dharma has just wrapped up recording their debut full-length (at Lin’s own studio in Taichung, Taiwan), with the tracks due to be shipped off to a studio in Poland for mixing/mastering in September. The group will make its live debut later this year in Taipei, with the goal of eventually touring anywhere and everywhere they can to spread their sound to every corner of the globe.

Originally from Saskatoon, Saskatchewan, Joe moved to Taiwan straight out of journalism school in 2005. Since then, he’s reported from Taiwan, Myanmar, the Philippines, China, Cuba, and various other locales around the world for print, online, and television media.

When not chasing down stories or writing scripts, Joe chips away at the various novels he has in the works (published under the name J.W. Henley), and performs in metal and punk bands. His latest novel, Migrante, is about the ways Southeast Asian migrant workers in Taiwan and elsewhere are exploited for financial gain. Based on Henley’s reporting on migrant worker issues in Taiwan from 2015 through 2020, Migrante was released via Camphor Press in July of 2020 to widespread critical acclaim. The Mandarin version ofMigrante is due out via Reading Times in mid-2022.