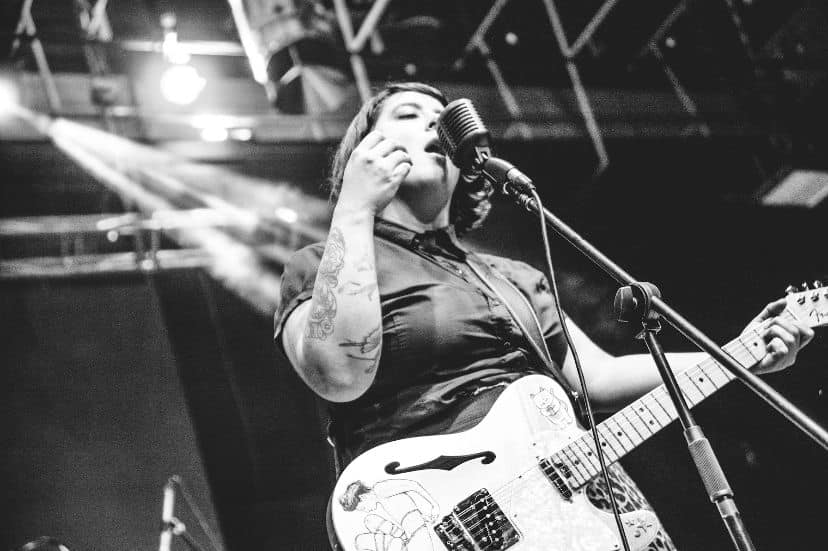 Elis Paprika, musician, singer, and activist from the city of Guadalajara in México. I play rock n’ roll, and have been a pretty important part of Mexico’s music scene since 2006. I have released 8 records and a few off record singles throughout the years, the latest of which is the song “Todo Se Está Cayendo” released just two weeks ago everywhere. I’m also one of Mexico’s top international touring artists, touring regularly in North and South America, and Asia, and just recently returned to touring (after the pandemic started) completing a tour of Colombia a couple of weeks ago. I’m playing Vive Latino for the 4th time this next March.

I also created and head the Now Girls Rule Organization, where we feature women lead music (and sometimes other types of art) projects who are truly working to make a name for themselves, and help shine the spotlight on their work, so everyone can learn about all the amazing women creating phenomenal art currently. We also focus much of our work on inspiring a new generation of women artists through educational programs and events for children and young people. We have a bunch of different activities and events we do, like the Now Girls Rule Podcast on Señal VL (Vive Latino’s podcast channel), The Now Girls Rule Show on Vans Channel 66, La Marketa (Mexico’s first ever all women music merch bazaar and showcase), Girls Will Rule (art camps for girls ages 7 and up), Now Girls Rule Nights (series of concerts featuring established and up and coming women musicians), and Networking Nights (gatherings where we introduce women professionals from various backgrounds so they can collaborate in work projects). We also collaborate with FIMPRO (Mexico’s biggest market for music professionals), and direct their activity and content for and from women and gender diversities. 2022 will see the launch of the 1st Now Girls Rule Music Festival, as well as the Now Girls Rule Music Label. Now Girls Rule Organization began in 2014.
Here are some links where you can checkout my music and work:
“Todo Se Está Cayendo”: https://youtu.be/ZGZCNvcWYus
“Stupid Song”: https://youtu.be/IRsj6y-V-As
La Marketa 2019 RECAP: https://youtu.be/lf8YYmhJYSg
Now Girls Rule Art Camp and Now Girls Rule Night: https://youtu.be/h-5zpj14HAo
Now Girls Rule official website: nowgirlsrule.com
Vans Channel 66 (The Now Girls Rule Show is LIVE this Wednesday 4pm PST): https://www.vans.mx/channel66
The Now Girls Rule Podcast on Señal VL: https://open.spotify.com/playlist/0mOb3VrZXkigB1MZXSrjNx?si=h5sYAz5lT9ya-kzG_6ZlNw