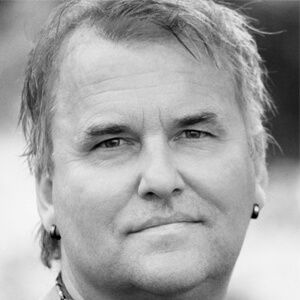 We give young musicians and upcoming artists the tools to build careers and a chance to make a living from music. This is done by giving industry support and training in everything from copyright management and entrepreneurial skills to performance support and personal development.
The Swedish program Talentcoach started 2011. The program is government funded, with main funders County Music Organization (Länsmusiken), the Regional Council (Regionförbundet i Kalmar Län) and the Swedish Agency for Economic and Regional Growth (Tillväxtverket).
We also get financial support from the municipalities of Hultsfred, Kalmar, Mönsterås, Mörbylånga, Oskarshamn and Västervik. Since the start, several of our acts have been signed both nationally and internationally.

Bo’s background is both as a musician and songwriter releasing music that has been on the top 10 charts in Sweden, getting (a lot of) radio attention especially in North America and touring all over the world in the band Charizma. Charizma has been around since the early 80’s and is now on a break! He has also a background doing artist development, starting festivals and music houses, putting up gigs and other events through the study associations in Sweden and was for a few years the operation manager for TBV’s music department in the south of Sweden.
Bo has been involved in Talentcoach since the beginning of the program and is now the operation manager. He has also recently been involved in the songwriting program at the Linnaeus University.